Thank you for Being a Partner in Prevention. Read the report to learn about our work.

Dr. Eliana Gil offers an important message about how to help families and kids during Child Abuse Prevention Month.

Ms. Molly teaches Ms. Monica how to use all of the helpful tools that are inside the Safety Awareness Education Kit.

Preventing Child Sexual Abuse Within Youth-serving Organizations: Getting Started on Policies and Procedures

by the U.S. Department of Health and Services Centers for Disease Control and Prevention 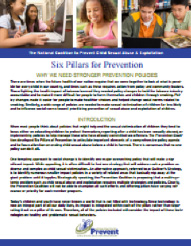 Resources for Parents and Other Adults 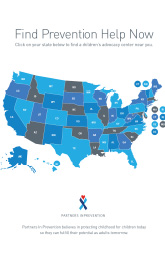 If you need help right now, use this guide to findan agency in your area.

Reprinted with permission from the
Office of the Attorney General 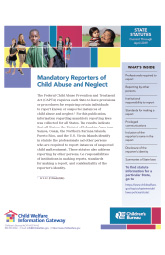 Partners in Prevention believes all adults should be reporters. 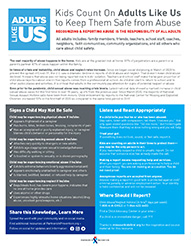 Recognizing & reporting abuse is the responsibility of all adults.

by MassKids and The Enough Abuse Campaign 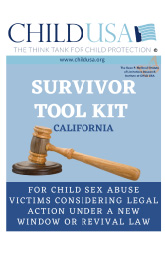 A “toolkit” to help adult survivors stepforward and report sex abusethat happened when they were children. 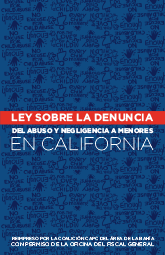 Reprinted with permission from the
Office of the Attorney General

The Parent’s Guide to Talking About Sex: A Complete Guide to Raising a (Sexually) Safe, Smart, and Healthy Children 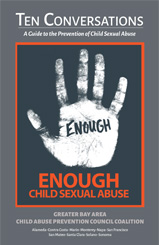 Ten Conversations: A Guide to the Prevention of Child Sexual Abuse 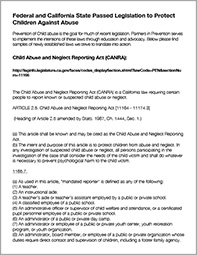 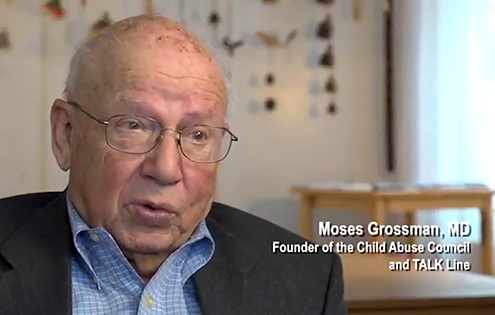 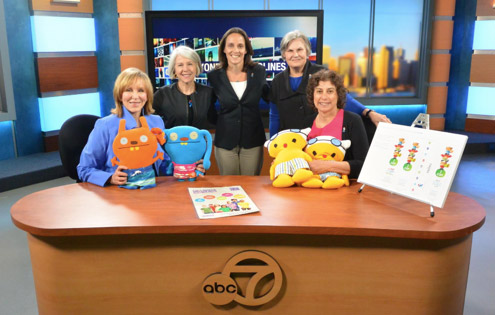 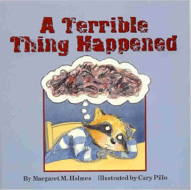 Sherman Smith saw the most terrible thing happen. At first he tried to forget about it, but soon something inside him started to bother him. He felt nervous for no reason. Sometimes his stomach hurt. He had bad dreams. And he started to feel angry and do mean things, which got him in trouble. Then he met Ms. Maple, who helped him talk about the terrible thing that he had tried to forget. Now Sherman is feeling much better. This gently told and tenderly illustrated story is for children who have witnessed any kind of violent or traumatic episode, including physical abuse, school or gang violence, accidents, homicide, suicide, and natural disasters such as floods or fire. An afterword by Sasha J. Mudlaff written for parents and other caregivers offers extensive suggestions for helping traumatized children, including a list of other sources that focus on specific events. 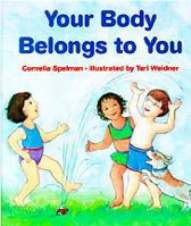 Your Body Belongs to You

PreSchool-Grade 2. This book is positive and assertive without being frightening. It lets young children know that it’s all right for them to choose when, and by whom, they are to be touched. It goes on to define “private parts” as “the places on your body covered by a bathing suit,” and states that they should never be touched by people other than medical personnel and adults helping with bathroom functions. The prefatory note to parents is an important one as it reminds them to trust a child’s instincts and concerns related to unwanted touching. Weidner’s simple watercolors are adequately rendered and are appropriate to the content. Even with its basic vocabulary and limited scope, this book will need to be, and should be, shared one-on one. – Rosie Peasley, Empire Union School District, Modesto, CA 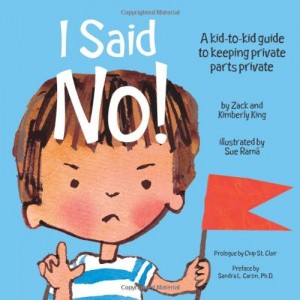 I Said No! A Kid-to-kid Guide to Keeping Private Parts Private

Helping kids set healthy boundaries for their private parts can be a daunting and awkward task for parents, counselors and educators. Written from a kid s point of view, I Said No! makes this task a lot easier.
To help Zack cope with a real-life experience he had with a friend, he and his mom wrote a book to help prepare other kids to deal with a range of problematic situations. I Said No! uses kid-friendly language and illustrations to help parents and concerned adults give kids guidance they can understand, practice and use.
Using a simple, direct, decidedly non-icky approach that doesn’t dumb down the issues involved, as well as an easy-to-use system to help kids rehearse and remember appropriate responses to help keep them safe, I Said No! covers a variety of topics, including: