Thank You for Being a Partner in Prevention. Read our Pandemic Era Report. 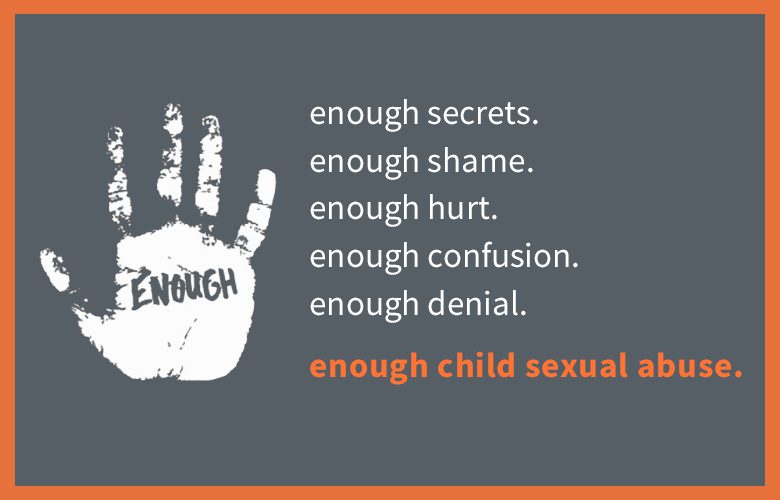 Posted in News, Safety Awareness / by Partners In Prevention

The focus of the Enough Abuse Campaign is to build a true community movement against child sexual abuse. Educating adults to recognize, prevent, and intervene in abusive situations is the only way that child sexual abuse will end.

The Campaign is a collaborative effort between the Greater Bay Area Child Abuse Prevention Council Coalition (Alameda, Contra Costa, Marin, Monterey, Napa, San Francisco, San Mateo, Santa Clara, Solano, and Sonoma counties), Partners in Prevention, and the Center for Innovation and Resources, Inc. We are holding trainings throughout the region to educate community members on how to identify and prevent child sexual abuse.

This powerful call to action was initially created by the Enough Abuse Campaign – which is a grassroots movement gaining momentum across the country. Developed in Massachusetts, the Campaign has been adopted by New Jersey and Maryland and has now been launched in New York and California. This video has been adapted to declare the specific goals of Enough Abuse Greater Bay Area : By 2015 every county in the Greater Bay Area will be actively engaged in preventing child sexual abuse in their homes & communities.